“For Our Struggle Is Not Against Flesh & Blood….”

I think by touching on the particular subject matter which I’d chosen to expound on in my last Blog, I’d subconsciously set a bar for myself. A, “Where do I go from here??”, kind of conundrum I find myself facing now…

…But there’s certainly no drought of issues to examine and discuss going on in the turbulent bedlam of these times we find ourselves living in today. We’re struck by the poignant calamity of these societal convulsions wracking our Nation, seemingly erupting no matter in which direction we choose to look. On every front! So many of these issues also appear being fomented and agitated on purpose by this divisive demagogue in our White House who calls himself President! My regards to this man whose discordant actions define him more precisely than the duplicitous rhetoric he seeks to engage his audience with, is at best contemptuous! At worst, I consider Obama depraved!

Yet “turbulent bedlam” is a state the human condition has been intimately acquainted with since the fall of Adam. Every generation, every era of our existence has experienced their own unique defining maelstroms of various collective crisis and their consequential outcomes for good or ill. The only distinguishing characteristic to set each era apart from its predecessor I think, has been the successive evolution through which humanity has been unwittingly steered towards devising more and more horrific methods to exert and exact unprecedented brutality upon itself with! I’ll elaborate…

…I’ve always stated my unequivocable belief in political correctness being the primary pathogen by which liberals and Progressives have insinuated and spread their diseased ideology throughout the social and political bloodstream of our culture, contaminating our society. I’m sure several of you have heard the allegory comparing political correctness to having the same attributes generally associated with cancer. A very apropos description, but one I believe is too simplistic if you stop and consider the spiritual sub-text integral to the context of this conflict…

I don’t know how many times over the past 4 years I’ve heard the title, “Anti-Christ”, expressed in peoples opinion of Barrack Hussein Obama. Personally, I think that’s giving him too much credit. Obama’s been no where near disciplined, sophisticated, subtle, or cunning enough to fit that bill! Especially when he had some people already assigning him this ominous title not even a year into his first term! 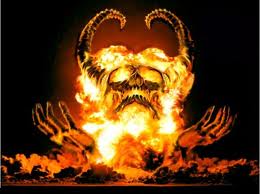 My understanding from everything I’ve heard detailed about this malevolent entity we identify as Anti-Christ, describes him as being a charismatic personality, possessing a magnetic and mesmerizing charm that holds the entire world in his supernatural thrall. I don’t care how much the sycophantic insurrectionists we have in the liberal media clamor to heap ridiculous praise and bizarre adoration on this nim-rod, Obama is about as much the Anti-Christ as I am of being Yoda, the Jedi master! 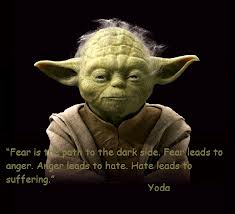 I don’t know. Like I’d said in my previous Blog, when it comes to elaborating these thoughts on matters spiritual (given the propensities of my own character flaws and defects), I feel about as qualified to speak on this topic as Obama is qualified to be President. The only distinguishing feature of that particular assessment being I will readily admit my shortcomings however.

But then I think of all of the flawed human beings God chose throughout the Old and New Testament as the impetus to carry out His Will. A murderer. A thief. An adulterer. A prostitute.

When I consider that, I don’t feel so bad then. None in this world are ever so lost, that God can’t find us if we call out to Him from the wilderness!

For as cynical as I can be at times of other people (and I am), I will never be so arrogant as to presume to know the mind of a Creator so magnificent that just in the glory of His presence, flesh and blood can not endure without perishing!

We just need to rediscover and hold firm to the knowledge of understanding that if God stands with us, who then can stand against us?!

~”Be sober, be vigilant: because your adversary the devil, as a roaring Lion walketh about, seeking whom he may devour!”~

Ours is not a government of the people, but an aristocracy of oppressive elitists, & the Tree of Liberty's roots have grown parched! You can follow Chad on Twitter. Also see; https://www.facebook.com/pages/Obama-The-Enemy-Within/493345724020615?ref=hl
View all posts by Chad Miller →
This entry was posted in Uncategorized and tagged Antichrist, Barack Obama, Christ, God, Human, Jedi, New Testament, Obama. Bookmark the permalink.

4 Responses to “For Our Struggle Is Not Against Flesh & Blood….”