Have You Considered Scanners, CBs and Ham Radio for Your SHTF Strategy? 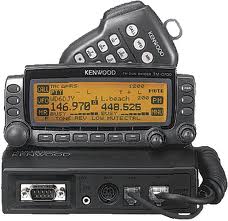 Let me begin by telling you that I am not an expert on Ham radio and like many other people I am currently considering a purchase. I think most of us have a general understanding of scanners and CB radio, but Ham radio is a different story. Why would I consider this purchase? Well, those of us who have been watching government developments and international news are remaining open-minded to a SHTF  (“Stuff” Hits The Fan) scenario.

I want to tell you why you need to consider this strategy and then I will share a couple of short videos so you can start to learn along with me. In the case of National Security Emergency our government has the power to seize control over all communications including cell phones and internet.  President Obama signed an executive order last summer to grant this. Let’s not dwell on the conspiracies, but rather look at the possibilities.

In the case of a National Security Emergency (which could be many things including martial law, invasions, famine,financial collapse, nuclear launches, natural disasters, etc.) a Ham Radio or CB may be your only form of communication. Whether you believe that our President is the enemy or a great Patriot is beside the point. If a foreign power launches strikes on this country the government can and probably will take control over communications. Why? Because the security of the country comes first and government communication would have priority over a conversation between you and Aunt Patty.

Many of us are preparing for our belief that the enemy is within, but I am telling you that you don’t have to believe in government corruption to have use for CB or Ham Radio. I am going to turn it over to the experts now. Like I said, we will be learning together. Let’s start with some basics about Ham Radio:

This is the primer for what I am hoping will be a series of articles over selection, uses, and strategies for bug out situations. None of us wants to believe that a SHTF scenario will happen, but in case it does it is wise to be prepared. I don’t like writing about things that I am not knowledgeable about, but I think it is very important that we all start talking about this, while there is still time. If you are an experienced user, we would appreciate any tips you might offer us in the comments below.

“The will to win is important but the will to prepare is vital.” -Joe Paterno

Dean Garrison is a husband and father of six, who faithfully pursues the American Dream. He has been MOSTLY self-employed for the last 20+ years and has been a top earner, executive and leader for several direct sales companies.
View all posts by Dean Garrison →
This entry was posted in Uncategorized and tagged Amateur radio, Citizens' band radio, Facebook, Ham, Ham Radio, Radio, Survivalism, United States. Bookmark the permalink.

12 Responses to Have You Considered Scanners, CBs and Ham Radio for Your SHTF Strategy?