The following videos and articles are for informational purposes only. It is no secret that the second amendment debate in the United States is getting very intense. None of us wants to think that things will escalate, but if they do you…you may find having a few basic skills are invaluable.

I can not stress enough that these substances are dangerous. Trying these things at home for simple entertainment would be foolish. I am educating myself on substances and techniques because one day it may make a difference. I am an American who values my freedom and I will not go quietly into the night. Educate yourself and enjoy!

A Video on Making Homemade Napalm:

Napalm is a preferred substance for many because of burn duration. Homemade Napalm can burn 20-30 times longer than other flammable substances.

Do some further research on this subject. I am not an expert on homemade napalm, or any of today’s topics for that matter, but I have done some reading which suggested that other substances may work better than styrofoam. Styrofoam is plentiful however, especially for pack rats like myself. I have a closet full of it.

A Video on Making a Molotov Cocktail:

We have all seen Molotov Cocktails in movies. Effectiveness is very limited compared to the other things we are talking about today, but the cocktail is also very easy to make.

A lot of revolutionary images I have seen on television tend to picture people randomly throwing burning bottles with no chance of a desired result. Do some research and think about real uses. The cocktail will not stop a tank but it does have uses for starting fires in effective “hit and run” guerrilla type warfare. If you are in the street trying to fight a tank then you aren’t probably long for this world anyway. What you call bravery, I would call stupidity.

What is Tannerite and Where Can I Buy It? 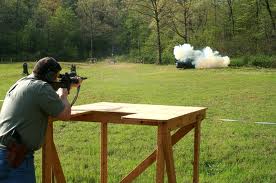 Tannerite is a 100% legal explosive compound. You simply apply it to something you want to blow up, hit it with extreme force or heat, and BOOM! I have listed a couple of distributors below:

Do some research. Tannerite is perfectly legal but also very dangerous. You can buy it from a large number of distributors all over the USA.

What is Thermite and How Can I Make My Own? 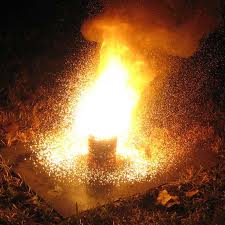 Thermite is an aluminum and metal oxide based powder. When ignited, it can reach temperatures in excess of 2400 degrees Fahrenheit.  Thermite is commonly used to slice through very strong metal (like frames of large corporate skyscrapers). The problem with Thermite is that unless you own a demolitions company you will probably not be able to buy it, but you can make your own. Here is a link for a simple recipe for Thermite:

You owe it to yourself to become educated. If the people of the United States ever find themselves in a battle with foreign or domestic enemies that have superior military weaponry, it will be crucial that we know how to improvise. There are literally hundreds of websites and videos that can show you what to do with simple household substances. Do some research on things like homemade grenades and bombs. You will be surprised what you find. The four sources listed in this article are simply the tip of the iceberg.

These things are no longer the tools of vandals and terrorists. Today they are valuable skills being learned by American Patriots.

I sincerely hope that the things I am learning prove to be a waste of my time. At the same time I look around me and believe that critical mass is upon us. I must educate myself because I believe that revolution can and probably will now happen in my lifetime. I am not calling for a revolution but I am preparing for it.

If you have anything to share with our readers, please list them in the comments below. God Bless America. God Save the Republic.

Dean Garrison is a husband and father of six, who faithfully pursues the American Dream. He has been MOSTLY self-employed for the last 20+ years and has been a top earner, executive and leader for several direct sales companies.
View all posts by Dean Garrison →
This entry was posted in Uncategorized and tagged Molotov Cocktail, Napalm, New American Revolution, Tannerite, Thermite, United States. Bookmark the permalink.