ARMED GUARDS AND THE SECRET SERVICE: ONE AND THE SAME? 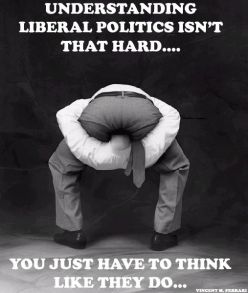 I infiltrated the Liberal cyberspace for a while tonight. I was wondering why no Liberal news or Comments or Posts generally end up on my Facebook timeline, as I have a friend or two in the other camp. It seems that Liberal news generally gets a lot less comments, and just a few shares. This is not always true, but is true pretty often. In the Liberal article’s comments, pretty early on, at least one Conservative almost always jumps in. There are some very articulate, some very inarticulate, and some totally asshole people on both sides. It is interesting reading.

So you think that there is a lot of invective and misinformed crap in conservative blogs? A Liberal blog will contradict itself in succeeding paragraphs. It would be totally entertaining, if it all was not so downright serious and scary. There is nothing like emotion to sweep the cobwebs of the facts under the rug!

The Liberal Agendanistas are describing the NRA as callous, despicable, etc., for saying the Obamas’ children have armed guards at the school they attend. The NRA is actually saying that there are armed guards and Secret Service Agents there? Well, Duh!

I do not know if the guards are armed or not. I know the Secret Service Agents are. I cannot find on the internet how many Secret Service people guard the girls, and from how far away they do it. But, who would expect to? I suspect they are very close, and there are more than two. Maybe even eleven? Who knows??

The Liberal article says that the guards patrol the perimeter of the campus. This is a Quaker school on a 15 acre campus in DC. You can find out more about the demographics of the school here. It is a pre-kindergarten- to twelfth-grade school of well over 1,000 students on two campuses:

Here is a Liberal post on the NRA ad that is a little more factual than most. It says that the school’s security personnel are not armed:

In DC, a special police officer is a private commissioned police officer with arrest powers in a limited physical area. They are allowed to carry firearms, but are not required to. Security officers cannot carry as a part of their job (I assume unless they have their own carry concealed weapon permit?) So five to seven security personnel could actually carry as a part of their job description.

The Washington Post reporter goes on to say that “we spoke to parents who said they had never seen a guard on campus with a weapon. And Ellis Turner, Associate Head of Sidwell Friends, told us emphatically: ‘Sidwell Friends security officers do not carry guns.’”

So no one saw any guns. And no one admits that anyone is carrying guns. But does that mean they are not carrying concealed weapons like the Secret Service is? Does that mean that none of these school security personnel are actually “secret” Secret Service?? And how about the teachers? Are you going to believe that they are all Quakers?

So, these are the facts being debated. I find it hard to believe that the place is not crawling with Secret Service, who are at or are watching every door, are patrolling the grounds, are being stationed right outside of the girls’ classrooms both inside and outside the building, who are monitoring in the lunch room and halls, who are privy to the bathrooms, and who are staffing the security building on campus from where they monitor the cameras and the microphones. You will never know how many staff at this school are armed. Do you really expect the Associate Head to tell you, and to compromise the security situation at the school? Does he get more than one paycheck? Who knows?

The NRA could have chosen better words than “armed guards”. “Guards and armed Secret Service personnel” is much more accurate. But, perhaps they are actually right? Perhaps they only hit the tip of the iceberg?

One Liberal writer actually said that it would cost too much to have armed guards in all the schools. And here I thought that the Liberals said no cost was too great, if it saved even one life?? The ACLU calls the armed guard policy a “school to prison pipeline”. It seems that the students are being trained to become prisoners, in their view. Poppycock (translation: Liberal bullshit.) 58 percent of school districts have security.

We have either school police or local police patrols in all four of my County’s school districts. We have had them for years. No biggie. There simply was too much gang animosity in some of the schools. All of our school districts are of mixed races, as is the Sidwell Friends School. You do not hear about much happening on those four campuses anymore. Anecdotal, to be sure, as it is only four districts with cops, and I present no statistics. But I just do not hear of much happening in the schools themselves. The football games between the rival campuses, well, that is a totally different thing. But the students are in public places after those games.

Actually, nationwide, I have no doubt that students are being trained to be prisoners. Prisoners of the corporations, at the behest of and with the cooperation of their government. Good Germans who will merely obey their orders. In the schools, it is called “socialization”. Good luck with all that, these are our children. And like us, they were all born as free princes and princesses, beholden to no monarch, sovereign, or nation not of our choosing.

I still agree with the NRA. All of us who have jobs are paying for the security of two young girls who would most likely be targets without it. That is a sad reality, and I am comfortable with them having some good, armed protection. But, do not all the other children in the country also deserve the same protection? Are they not the equals of the Obama children under U.S. law and the Constitution? No matter how badly an Oedipal, blind Liberal may scream that it is all too expensive? No? Too much of an intellectual reach for you??

Here is some information on the makeup of the Sidwell Friends School security forces, from their web page. Draw your own conclusions about what I said here from these names:

Keep vigilant, America, for there are liars on either side. Lies disgrace your cause, so be sure to point them out immediately. And beware of misinformation. Check your facts where you can. Tell the truth.

Also, learn to read between the lines. That is where the greatest part of any story lies.

I am a working stiff who finds it hard to get all the bills paid sometimes. I am basically happy with my far-from-boring, crazy, albeit fulfilled life. But I have watched the earth and the people upon it for a very long time now. And I know that the Freedoms of the Upper Man, whose last stronghold on earth is the United States of America, are under constant attack by the Scarlet Babylonian Antichrist, and by the Beast upon who She rides. So now, after all of these years of obscurity behind the Green Hedge, beneath the Veil of the Chuppah, above the Smoky Glass Ceiling, it is time to speak of the things which I have always Known, and have seen and heard, and have been taught on that Fateful Day, by John Daniel.
View all posts by responsible2all →
This entry was posted in Uncategorized and tagged Liberal, Quaker, Sidwell Friends School, United States, Washington Post. Bookmark the permalink.