Let’s Stop the Political Posturing: An Assault Weapons Ban Would Have Done Nothing at Sandy Hook

I am sick and tired of political posturing by Feinstein, Obama, Biden, Pelosi, Cuomo, and the whole gang of gun grabbers. They are using a tragedy to push an agenda and the American people will not stand 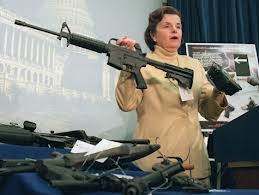 for it. I encourage you to keep an open mind and look at the facts. I don’t care what political party you affiliate with, facts are facts.

Would an assault weapons ban have saved 26 people that died at Sandy Hook Elementary? No. This is not an opinion. This is fact.

All I need to do is share two facts with you today and if you can’t see the writing on the wall, than shame on you.

I realize that the media is not reporting this so let me just quote the State of Connecticut:

“Sec. 53-202c. Possession of assault weapon prohibited. Class D felony. (a) Except as provided in section 53-202e, any person who, within this state, possesses any assault weapon, except as provided in sections 29-37j, 53-202a to 53-202k, inclusive, and 53-202o and subsection (h) of section 53a-46a, shall be guilty of a class D felony and shall be sentenced to a term of imprisonment of which one year may not be suspended or reduced; except that a first-time violation of this subsection shall be a class A misdemeanor if (1) the person presents proof that he lawfully possessed the assault weapon prior to October 1, 1993, and (2) the person has otherwise possessed the firearm in compliance with subsection (d) of section 53-202d.”

Major news sources have not been tripping over each other to report this. Gun grabbers have not acknowledged this. America you are being snowed.

Fact #2: An “Assault” weapon was not used in the Connecticut Shootings

“This continues to be a very complex investigation and there is a lot of contradictory information out there, but we have some new information this morning (one month ago) from a couple of federal officials and state officials.

They say now that there were 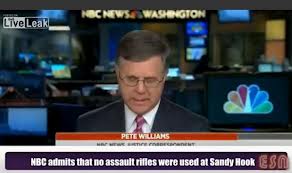 actually four handguns inside the school, not just two as we were initially told. Four handguns and apparently onlyhandguns that were taken into the school.

We knew that Adam Lanza, the man said to be the gunman here, also had an ‘assault-style’ AR-15 -style rifle that he had had taken to the school, it was in the car he drove there, his mother’s car, but we have been told by several officials that he had left that in the car.” -Pete Williams, NBC’s Chief Justice Correspondent

So if no assault weapon was used, and there were already bans in place, what the hell is really going on here? I realize that assault rifles have used elsewhere but not at Sandy Hook, and it’s obvious that even with the state ban in place, a bad guy still found a way to get an assault rifle, even though it was left outside.

My recommendation to each and every American (Democrat, Republican, or other) is to forget about the federal government. 23,000 schools in this country already have armed guards and these are not the schools where the shootings are taking place. We can’t count on Washington D.C. to do anything for us. They will be arguing about these gun laws for months on end, if not years. It is about politics for them and we can not continue to stand for their nonsense. We can not wait for solutions that need to be manifesting now!

What you need to do is contact your school boards and local government officials and start demanding protection for your kids, in your home town. Will that prevent another theater shooting? No it will not. We can’t fix everything today, but we have to start fixing what we can.

Would it prevent another Sandy Hook? It simply lessons the odds but it’s worth it. Bad guys may try to take out an armed guard but at least we are doing something about the real issue and lessening the chances of it happening again, which is more than our federal government officials are doing.

If I had my way we would vote every one of them out of office and start over. But, that is not going to happen so the best thing we can do is take responsibility for our own children.

Sure you will end up paying for it through taxes but at least you will know where that money is going, which is more than we can say about what we are sending to Uncle Sam. From what I understand, Obama is promising money to schools who want to hire guards so maybe they will reimburse your community later, but you can not wait. Our Children are too precious.

There comes a time when you have to push your political allegiances to the side and fix the problems that your elected officials are not willing to fix. Think for yourself my friend. These people are not 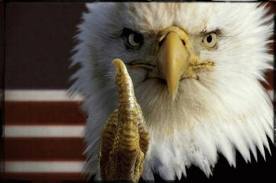 focused on your problems. They are trying to win just another debate that ultimately strokes their ego. It’s about money, power, and ego to them and nothing else. They already have armed guards surrounding them. They don’t care about you.

It’s time to flip the freedom bird at Washington D.C. and show them that we can do what they will not. They have had enough chances.

Dean Garrison is a husband and father of six, who faithfully pursues the American Dream. He has been MOSTLY self-employed for the last 20+ years and has been a top earner, executive and leader for several direct sales companies.
View all posts by Dean Garrison →
This entry was posted in Uncategorized and tagged AR-15, Assault weapon, Connecticut, Federal Assault Weapons Ban, NBC, Sandy Hook, United States, Washington D.C.. Bookmark the permalink.

10 Responses to Let’s Stop the Political Posturing: An Assault Weapons Ban Would Have Done Nothing at Sandy Hook