I had the most pleasant experience today. I got to mingle with a few conservatives in a social media type setting. Wow! That was a pleasant change of pace.

I started my day on Facebook, trading war stories with a woman who was recently suspended for sharing her views. I am not here to defend her because I’m not ever sure what she said, but the bottom line is that some people didn’t like her opinions and it resulted in her suspension. What a shame!

I can relate to this simply because a fellow writer from The D.C. Clothesline ran into some real heat from “liberals” yesterday who obviously didn’t share his views. Chad Miller wrote a piece about Obama yesterday that is to date our second most popular article ever, and possibly #1 on the controversy list. Keep in mind that we are a start-up blog. I was pretty pumped to see almost 200 views of his article and over 40 Facebook shares in a matter of about 4 hours. But you can’t have that much sharing going on without striking an occasional never, and that he did. The funny thing is, over 24 hours later it is still getting more hits than any other post on this blog. Chad knows how to whip the natives into a frenzy.

That a boy Chad! Better you than me. LOL

OK, well I am not the prolific writer that Chad Miller is. His words are bold and colorful and he leaves the reader with no doubt of where he stands. I tend to be a little more subdued and politically correct. That’s OK though, the authors on DCC are all different. I might be the wussy of the group but I proudly accept my role. We have different views and different styles and that is why I believe we are growing.

Even though I don’t tend to hit as hard as Chad, I feel like sometimes I just want to avoid the debate and be among like-minded people. Do you ever feel this way?

Facebook is so full of drama. I love Facebook but I can get my fill of it really quick. The Cheers theme song just popped into my head…

Sometimes you gotta go…where everybody knows your name…and they’re always glad you came.

Focus Dean, now is not the time to let people know that you are mentally challenged.

Do you ever feel like that? Well a young lady turned me on……… 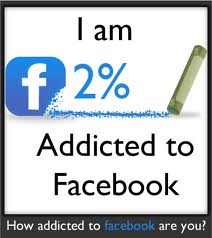 ……………to a site that is very much like Facebook, but it is populated with conservative thinking people. Awesome idea!

I decided to check it out. I signed up and logged on after I got my confirmation email, and within 2 hours I already had 14 new friends. People were gracious and funny and I didn’t feel judged like I often do on Facebook. I felt like I could talk about politics or whatever was on my mind. If I want to share lolcat pictures, I have been assured that this is acceptable as well. On some days “lolcat” pictures are the extent of what I can handle intellectually, and that’s OK. It’s not easy being me. 🙂

United Patriots Worldwide is a small start-up community of about 2000 people as of this writing. I see them growing fast and furiously, however. Within an hour of logging on I was not only getting friends, I was actually talking to one of the young ladies who happens to be site staff. Zuckerberg still hasn’t returned any of my messages but EmmaLee Bertagnole certainly has. She took time from her day to make me feel welcome and as if I was part of a community. I feel pretty important right now. You could almost argue that I was a somebody on this site instead of a number that feeds a funky algorithm that no one seems to understand.

I don’t always feel like I belong on Facebook. Some of the things I see make me, well, sick to my stomach quite honestly. I have enough of it on many days and I am so glad I found United Patriots.

You want to know the best part? It is set up very similarly to Facebook so that technically challenged people like myself don’t have to feel like we are doing brain surgery. Brain surgery is not my forte obviously. My procedure went terribly wrong and I’m not sure, on most days, what the hell is going on. That’s what you get for trusting in do-it-yourself projects. Never again. Next time I’m going to have Ali do it.

Anyway, sorry… I would never do my brain procedure because I’m all about providing jobs, just like His Highness Barack Hussein Obama. God save the King! No one else can.

Honestly you should check this site out. I felt very welcome there and if they will take me, chances are they will take anybody. The site is, again, called United Patriots Worldwide and you can click here to go check it out. But please come back. I’m begging you. We can’t afford to lose anymore readers after yesterday. LOL Just kidding Chad!

Visit my friends at http://unitedpatriotsworldwide.com Hunt me down and let’s share “lolcat” pictures. That would make my day.

Dean Garrison is a husband and father of six, who faithfully pursues the American Dream. He has been MOSTLY self-employed for the last 20+ years and has been a top earner, executive and leader for several direct sales companies.
View all posts by Dean Garrison →
This entry was posted in Uncategorized and tagged Africa, Conservative Facebook, Facebook, Facebook features, Online Communities, Social media, Social Networking, United Patriots Worldwide. Bookmark the permalink.

1 Response to A Facebook Alternative for the “Conservative” Crowd